There’s no shortage of things to be worried about in the world. We have terrorist bombings, saber-rattling in North Korea, perpetual war in the Middle East, a highly polarized political electorate and a stagnant middle-class in the U.S., and the list goes on.

It’s enough to make you want to throw up your hands and say, “I give up.” But is now the time to do that?

Back in 2008, it looked like the world’s financial system was going to collapse. Stock markets around the world were dropping like a rock, major financial firms in the U.S. were on the verge of going belly-up, and the government was deciding who to bail out and who to let fail. As an advisor back then, I can tell you we were in unchartered territory and nobody knew what the outcome would be. 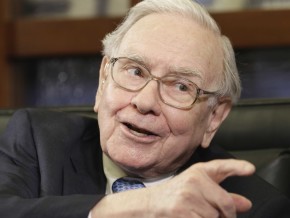 In the middle of all this gloom in 2008, the great investor Warren Buffett published his annual letter for Berkshire Hathaway shareholders. Witty and insightful, Buffett's annual letters are a treasure trove of business and investing wisdom. Here’s a brief excerpt from the 2008 letter where he addressed the future of our country.

In the 20th Century alone, we dealt with two great wars (one of which we initially appeared to be losing); a dozen or so panics and recessions; virulent inflation that led to a 21 1⁄2% prime rate in 1980; and the Great Depression of the 1930s, when unemployment ranged between 15% and 25% for many years. America has had no shortage of challenges.

Without fail, however, we’ve overcome them. In the face of those obstacles – and many others – the real standard of living for Americans improved nearly seven-fold during the 1900s, while the Dow Jones Industrials rose from 66 to 11,497. Compare the record of this period with the dozens of centuries during which humans secured only tiny gains, if any, in how they lived. Though the path has not been smooth, our economic system has worked extraordinarily well over time. It has unleashed human potential as no other system has, and it will continue to do so. America’s best days lie ahead.

I’d say Mr. Buffett was pretty optimistic back then. And between June 30, 2008 (about the time Buffett’s letter came out) and April 1, 2016, the S&P 500 stock index rose roughly 60%...and that doesn’t even include reinvested dividends, according to data from Yahoo! Finance. So yes, his optimism turned out to be justified in hindsight. 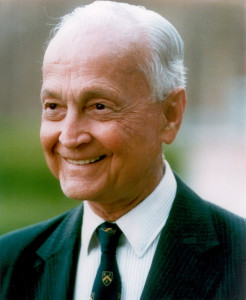 How about Sir John Templeton, another investor revered by many people as one of the all-time greats. What did he have to say about pessimism versus optimism as an investor?

On October 11, 2002, Templeton was a guest on Louis Rukeyser’s Wall Street TV show. Rukeyser asked Templeton if he was still an optimist. Sir John, who was about to celebrate his 90th birthday that year, replied:

We should be overwhelmingly grateful that God allowed all of us to live in this glorious time in all world history. The amount of production per acre in America is now 100 times as great as it was just two centuries ago. The amount of knowledge in the field of medicine is 100 times greater than it was just 100 years ago. And the amount of ability in communications through electronics is at least 1,000 times as great as it was when I was born 90 years ago.

Here’s a guy who had every reason to be pessimistic. Take a look at what he witnessed just in his lifetime.

Despite all those negative events, guess how the stock market performed? Quite well! Between January 1, 1954, the year Templeton started his first mutual fund, and July 8, 2008, the day he died, the S&P 500 stock index rose more than 50-fold, according to data from Yahoo! Finance.

Templeton was an optimist and stock market returns suggest that was a good outlook. In fact, it’s hard to come up with a scenario where it pays to be a pessimist.

Now, I’m not suggesting we all duck our heads in the sand and ignore pressing issues or major problems. Clearly bad things happen in life and financial markets can decline—sometimes precipitously.

Yet, through it all we have to keep our perspective and not lose sight of the big picture. Buffett and Templeton are great examples of top investors who knew how to separate the news from the noise and focus on what really matters. We should strive to do that too.

Are there any financial issues or questions causing you to lose some sleep or lose sight of the big picture? If so, please give us a call at (913) 624-1841 or send me an email at bkeen@keenwealthadvisors.com.

We are here to help you.

The Amazon Best Seller ranking listed on marketing materials is specifically referring to Best Seller rankings for the Kindle Top 100 Paid Lists under the subcategories of: Budgeting and Financial Risk Management, based on data as of September 5, 2019. Amazon rankings although relevant on how a product is selling overall doesn’t necessarily indicate how well an item is selling among other similar items or similar item categories. Amazon may choose the most popular categories or subcategories within which an item has a high ranking to determine its best seller rankings. These rankings are updated hourly and as a result, should be expected to fluctuate as such. Keen Wealth Advisors and Amazon are not affiliated entities. For further details on Amazon rankings please visit https://www.keenwealthadvisors.com/important-disclosures.